I am currently in Cuzco, Peru, which is located in southern central Peru.  About 500 years ago Cuzco was the seat of the Inca Empire.  There is an abundance of Inca ruins to visit in the vicinity and, in fact, within the next couple of days I am going to hike the Inca Trail to Machu Picchu.  This is a 4-5 day trek and promises to be one of the highlights of my South American trip.  I’ll tell you all about it when I am done.

In the meantime, as promised, I want to relate my impressions of the Galapagos Islands which I visited for 8 days aboard a large sailboat.  There were 6 passengers and 6 crew members, including our guide, Juan.  Interestingly, all 6 of the passengers were traveling in South America on their own.  The other travelers consisted of 2 women from London (one of whom is a travel writer for the Daily Telegraph in London), a 33-year old woman from Bern, Switzerland who is an obstetrician, a 42-year old guy from Santa Barbara who has just finished med school and a 50-year old retired guy from Toronto.  I was very fortunate that it was a very friendly and very small group.  The boat was said to accommodate 10 passengers but would not have been comfortable with that many.  Six was just right.

Our typical day consisted of breakfast at 7 am; followed by a trip to an island at 8 am; lunch at noon; snorkeling at 2 pm; a trip to a different island at 4 pm; happy hour at 6:30 pm; and dinner at 7:30 pm.  Typically, at night we would sail to another island, but sometimes we would make the journey during the day and at other times we would stay put.  The food on the boat was spectacular.  The crew would often fish while we were traveling from one area to another, yielding lots of fresh sea bass and a night of lobster.  On another occasion, while we were touring an island, a few members of the crew caught three goats on the island and, you guessed it, we had a goat for dinner.  This is not as cruel as it sounds.  The authorities are trying to rid the island of all introduced species, i.e. any plants or animals that were brought by man.  In early times, island colonists brought goats, cats, dogs, sheep, snakes (likely inadvertently), etc. to the island.  Many of these plants and animals remain today and compete with the existing, naturally occurring species.  The authorities estimate that there are over 60,000 goats on the various islands, wreaking havoc on the vegetation and choking out other less hearty species.

For those not familiar with the Galapagos Islands, allow me to give you a brief primer.  The Galapagos lie in the Pacific Ocean on the equator about 600 miles due west of Ecuador.  There are 13 islands and many islets that are volcanic in origin, much the same as Hawaii.  The archipelago is one of the most active volcanic areas in the world.

The islands are most famous for their unique ecology and for having served as the inspiration for Charles Darwin’s Theory of Evolution.  Because the islands formed in and remain in isolation from any continental land mass, all animals and plant species had to arrive by air or water–other than those introduced by humans.  Those plants and animals that managed to colonize the islands evolved in total isolation from mainland relatives.  The result is that a high proportion of the species are endemic, occurring nowhere else on the planet.  In addition to evolving in isolation from the mainland, the animals have also evolved in isolation from their own species on other islands within the Galapagos Islands.  Darwin first noticed that there were 13 varieties of finches, which evolved according to the available food on each specific island. Far more interesting than the finches though are the varieties of iguanas (which resemble nothing other than miniature dragons), turtles and tortoises, seals and sea lions, whales, sharks, penguins, boobies (blue-footed, red-footed and masked–the blue-footed ones look as though they have had their feet dipped in a can of sky blue paint), flightless cormorant, flamingoes, albatross, herons and frigatebirds.  The flightless cormorant is an interesting example of Darwin’s theory.  This seabird is found nowhere else in the world but on the two westernmost islands of the Galapagos.  These cormorants were originally a flying species, but lack of predators or food on land meant that big wings were a waste of energy; selective pressures favored the strongest divers.  Those with webbed feet, powerful legs, and small wings survived, and the species confirmed through the millennia.  Another interesting fact about these birds is that they have light bones which makes it difficult for them to dive deep down into the water.  In order to weigh themselves down, they swallow small stones that give their bodies the extra ballast needed to dive deeper.

Most species evolved in an environment featuring few if any predators, and consequently did not develop any inherent fear of potential aggressors.  The result is that these animals are not at all spooked by humans and will allow one to walk right up to them.  This made for fantastic picture taking, but at times there was such an abundance of animals one feared stepping on a huge iguana, lizard or sea lion sunning himself on the walkway.

The landscape also differs widely from island to island.  On some islands, the volcanic formation is very easily identifiable in the immense deluges of black lava flows which resemble a spaghetti pile of huge twisted black ropes.  On these islands, only the hardiest of cacti have managed to gain a toehold.  On other islands there is an abundance of topsoil and trees, bushes and a variety of other plants thrive.  The fact that this variation exists within a very small region is pretty fascinating.

While diving we saw hammerhead and white-tipped sharks, marine turtles, and sea lions, as well as a plethora of fish.  The sea lions were especially friendly and would amuse themselves by swimming at me at seemingly full-speed in a one-sided game of chicken and then veer off at the last moment.  At other times they would hover in the water in front of me, waiting for me to do something interesting and then swim off, no doubt disappointed in me.

I hope you enjoyed the above although as I reread it seems a little academic in parts.  My bottom line on the Galapagos is that you have to see it.  It really belongs high on the list of unique places in the world that everyone should see.

Following the Galapagos, I returned to Quito and then rode on the roof of a train through an area in central Ecuador known as the Valley of the Volcanoes to Cuenca, a cute colonial town where I studied Spanish for a short time.  From Cuenca, I headed to a very small town in southern Ecuador called Vilcabamba.  Vilcabamba is famous as the place where the Inca elite would go to take a drug called San Pedro and hallucinate.  San Pedro is derived from the cactus and is said to be similar to peyote.  I went to Vilcabamba not for the San Pedro but rather for a 3-day horseback riding trip in the cloud forest.  The trip was great–totally unsafe.  Although the five of us on the trip had experience with horses ranging from some to very little, we immediately mounted up and headed off without a word of instruction or advice.  My horse, Mezcal, was particularly spirited, but over the course of the trip we developed an understanding and by the end of the trip we were galloping quite comfortably and I even went to the whip from time to time.  A trip like this could never be done in the states or anywhere else where the concept of liability exists.  I intend to do some more riding while I am down here.  It was certainly a lot of fun.

I left Vilcabamba on a bus early yesterday, crossed the Ecuador-Peru border and then caught a plane first to Lima and then to Cuzco.  After Cuzco, I will head to Lake Titicaca and into Bolivia.  I´ll keep you posted.

A NOTE OF EXPLANATION:

Approximately 3 months ago, I quit my job at PaineWebber/UBS Warburg and decided that for the next 12-18 months, I would travel.  I first sought to satisfy my unquenchable ski yearning and packed my car and drove to Jackson Hole, Wyoming where, with side trips to Utah and Colorado, I spent the next 6 weeks skiing.  I am presently in Peru midway through a 2-month Ecuador-Peru-Bolivia excursion.  I will then head back to NYC for a short while before leaving at the beginning of August on a trip with Ansa and my parents to Kenya and Tanzania.  They will only be with me for a couple of weeks after which I will travel on my own for another 4 weeks to Madagascar, Zanzibar(?), Uganda(?), Rwanda to visit gorillas, the Seychelles Islands(?), and maybe climb Mt Kilimanjaro.  I have yet to decide on the itinerary.

Other future trips which are just beginning to take shape in my mind are North Africa—Morocco to Egypt in the early Fall; a host of locations in Southeast Asia in late Fall/early Winter; and a return to South America in Winter–this time to Chile, Argentina, and Brazil.  Various ski trips will have to be shoe-horned in here somewhere as well.  Any advice on where to go, what to see, and, best of all, friends whom I may contact in these locations, would be greatly appreciated. 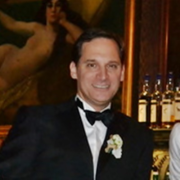